You are here: Home / Featured / Borderline the Film

A documentary film directed by Rebbie Ratner is making it’s way around the film festival circuits. It’s an intimate look into the world of someone diagnosed with Borderline Personality Disorder.
The film’s official website is here. Rebbie herself is diagnosed with BPD, as she explains in this interview with the Missoula Independent published a few days before the film debuted at the Big Sky Documentary Film Festival. Read her interview here.

For Friends, Family and Caregivers of Someone with BPD 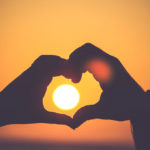 This website shows some advertising and by accessing or using any page on BPD.Life, you agree that you have read and understood the following:

Some of the links on BPD.Life are affiliate links from which I receive a small commission from sales of certain items. As an affiliate associate, I earn from qualifying purchases. Thank you for supporting this page.